I don't know why but I could watch two robots playing ping-pong all day. I can't wait for the International Robot Ping-Ping Championship 2020.

Robot plays table tennis (vs Robot, vs Human)
A humanoid robot system for table tennis playing developed by Zhejiang University, China was recently reported by Chinese media. The system consists of two humanoid robots. Each robot is 55kg in weight, 160cm in height and has 30 Degrees of freedom. This demo shows a rally between these two robots which last 176 strokes(about 2.5 minutes). This video also shows that one humanoid robot can rally with a human player with various ball speed and can strike the ball using either forehand or backhand. 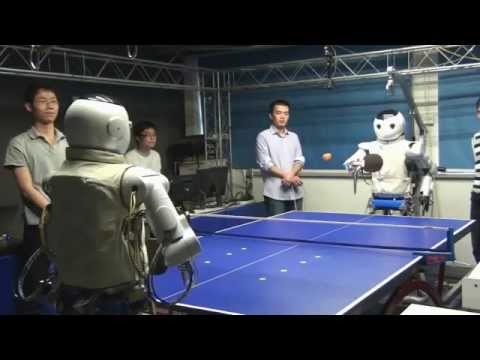